One busy day after school back in 2018, I was playing games on my computer while searching for music to play in the background on Youtube. Kpop was big on my school back then, so I gave it a try. From then on, I was hooked and became a fan. Twice was famous among my peers so I chose them as my first group to “stan.” Watching one of their performances on Youtube, I encountered a problem that I’m sure many of those who are new to Kpop are very familiar with, they all look the same.

To the untrained eye, all Kpop idols look the same. Take a look at the examples below. 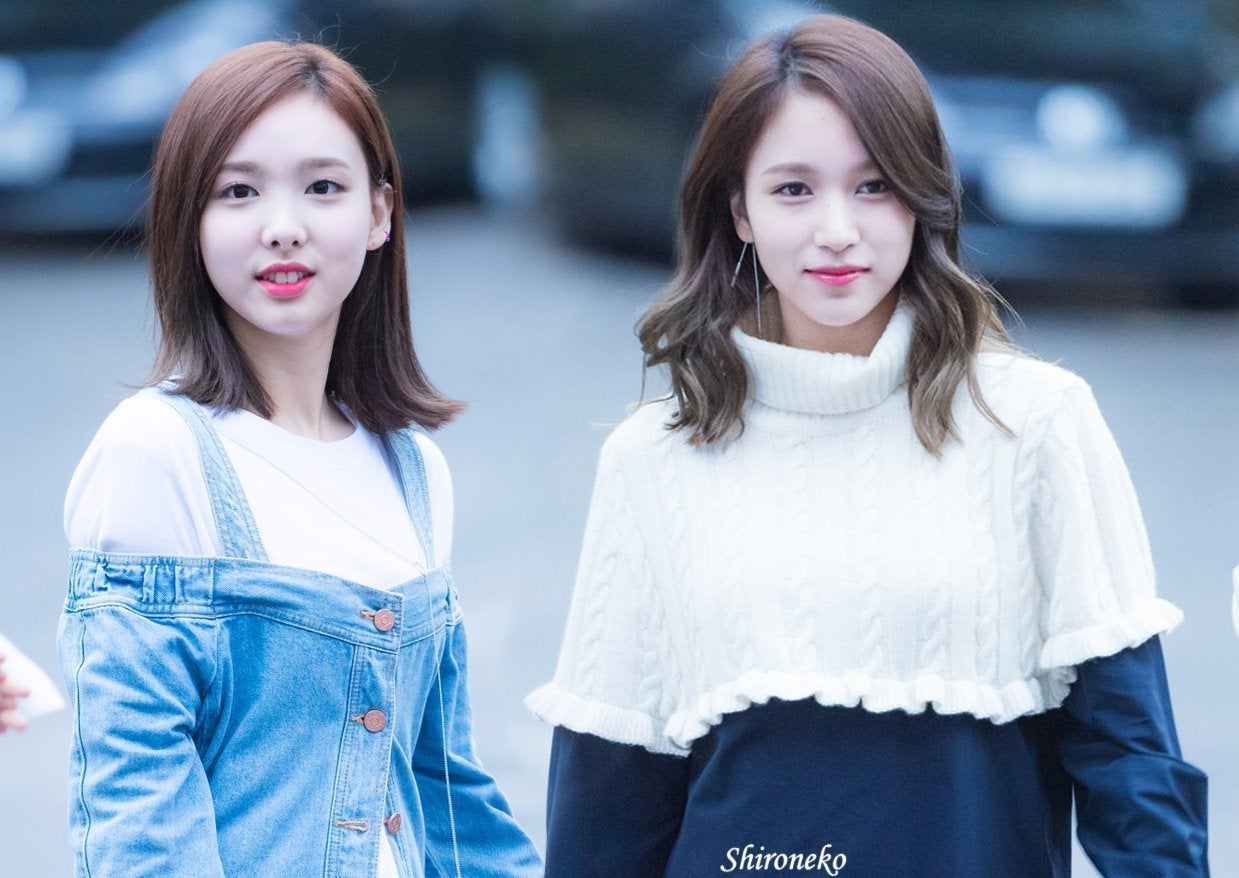 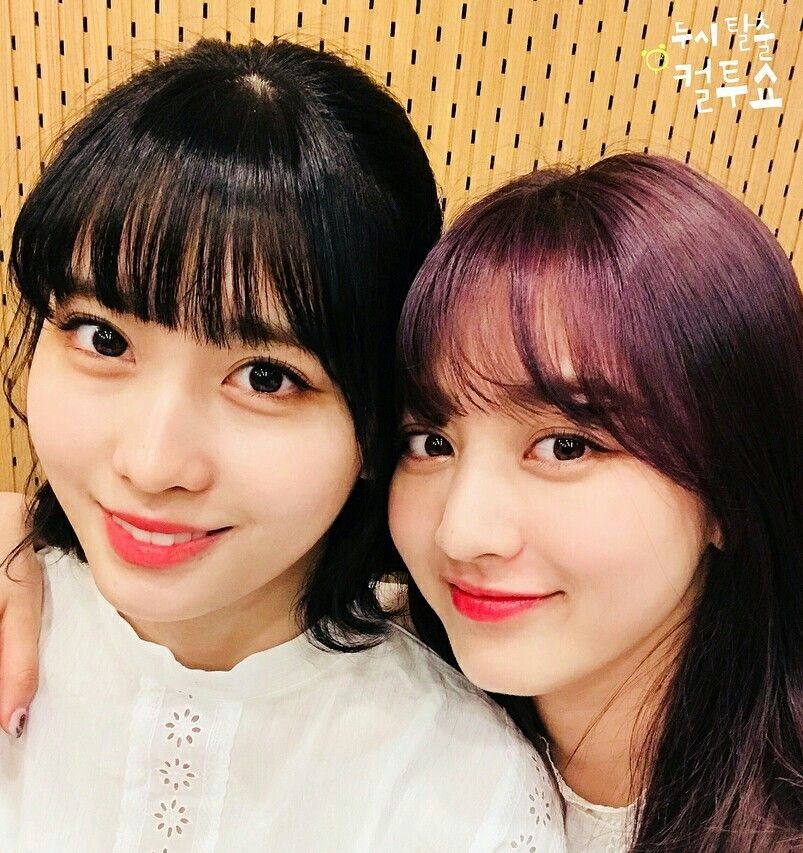 On the video performance that I was watching, I mistook Mina for Nayeon and Momo for Jihyo. It sounds absurd at first, but I bet to some, especially those who aren’t particularly fond of Kpop (yet), would agree that they do look similar.

With this, I decided to create a facial recognition script that would label each member of Twice given a video. Using a pre-trained Siamese Network, embeddings for each member will be generated and an SVM classifier would be trained on these embeddings to predict the names of the members present in a particular frame of the video. 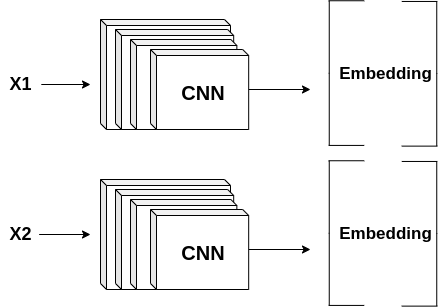 I won’t go deep in the technical discussion of how deep learning-based facial recognition works as this blog is generally about the applications of AI. In facial recognition, we are trying to learn a similarity function between images instead of a function directly mapping from input to class label. Directly mapping the input to its class label, such as in image classification won’t work because:

By learning a similarity function, we are able to solve the two problems above. Now, in order to learn this similarity function, a Siamese Network is used. This network is composed of two (although it may be composed of 3 depending on your methodology for training the network) identical networks with the same weights as shown in the image above. These networks generate feature maps or embeddings or encodings, depending on what you want to call them, which will differentiate between the inputs by computing the distance between them. Ideally, similar inputs should have a small distance between them and different inputs should have a large distance. 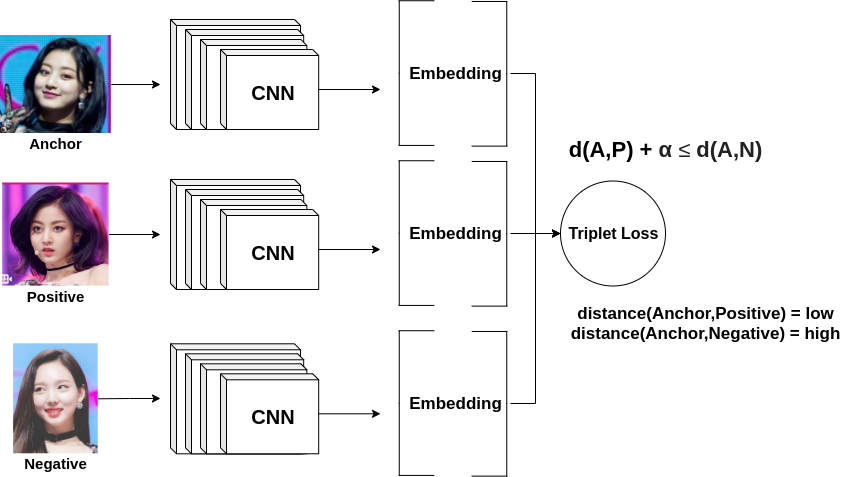 To train a Siamese Network, we input an anchor image, a positive image (an image with the same identity as the anchor), and a negative image (an image with a different identity as the anchor). There are two ways to treat this training task, by using a triplet loss or by treating it as a binary classification problem with logistic regression. I will discuss the triplet loss way. The formula for triplet loss is displayed above. Given the distance between the anchor and the positive (d(A,P)), and the distance between the anchor and the negative (d(A,N)), minimize the loss by minimizing d(A,P) and maximizing d(A,N).

Since I have used a pre-trained Siamese Network, all I have to do is just generate embeddings for each Twice member. Then, I will use a trained SVM with a threshold to output the name of the Twice member instead of using the distances through KNN.

If you want to go “deeper” (no pun intended) and learn more about Facial Recognition check out the following papers, videos and blogs:

Also, shoutout to the PyImageSearch blog above where I based some of my code on.

I scraped Google Images for pictures of each member using the google-images-download package. I made a python script wrapper for this package called, dataset.py. It takes an argument k as the keyword for the image search and n as the number of images to download. It will create a directory for each class label, in this case each Twice member, and store the downloaded images respectively. Its usage is shown below.

Next, I cleaned the downloaded images. Some downloaded images may be corrupted, which is unavoidable due to a variety of reasons, and some may be in GIF format which is not accepted by our algorithm so we need to pre-process these special cases.

Iterate through the images and check for GIFs. If the image is a GIF, save its first frame then, delete the file. This will allow us to still make use of the GIF by converting its first frame to a readable image format for the algorithm. After that, delete all corrupted files.

Run clean.py which implements the code above to clean the data.

Finally, manually check the data. Be sure that only one face is present at a given image. Crop-out unwanted faces and delete images not corresponding to the class label (the name of the Twice member). Its important to clean the data first before proceeding to training in order to produce a robust and accurate model.

It is now time for training. First, let’s generate embeddings for each Twice member. To generate embeddings we only need the facial features of our images. With this, we need to crop our images, only including the face present in each image. We will do this using the hog face detector of dlib. Upon cropping an image, we generate an embedding by running our image through the CNN of the pretrained Siamese network which will be written to a pickle file.

Run encode.py to generate embedings. It takes in an argument f for the path of the output pickle file that contains the embeddings. Usage is shown below.

Now that we have embeddings, let’s train an SVM classifier. This will take in the embeddings we produced in the previous step as training data and will output a prediction of which Twice member is present given a new embedding generated from an image.

Using the svm classifier from the sklearn package, fit the embeddings with the respective labels from our generated pickle file.

Run train.py to execute the code above. It takes in an argument i for the path of the embedding file and o for the output path of the model.

That’s it we now have a working model that recognizes each member of Twice.

Download a sample video to run our face recognition script on. Run video.py which takes in 5 arguments:

This performs the pre-processing steps discussed in our training step. First, preprocess each frame and crop the detected faces of our hog face detector. Then, generate embeddings from these cropped faces through the CNN of our Siamese Network. The generated embeddings are fed to our SVM classifier which will output the names, respectively. Lastly, bounding boxes and labels are rendered onto the frame and the frame is written to a video.

Our processed video won’t have any audio because we have only written the frames from our original input video. This step involves the use of ffmpeg to extract the sound from our original input video and apply it to our processed video. You can install ffmpeg here. For Windows, make sure the executable file is in the directory of your repository. Then, execute audio.py. Its parameters are:

Its usage is shown below,

The model performed well as shows below.

It was fun for me to create an AI project for Kpop. I hope my fellow “once” can benefit from this project. How about you? Which group do you “stan”? Did you mistake a member for another? If so, then try to replicate what I have done with your favorite group and don’t be shy to share your project in the comments! Till the next post.